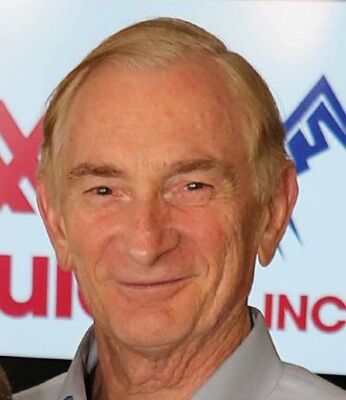 Consent to Contact
I consent to receive marketing content from RE/MAX of Boulder, Inc. and licensed agents within. This includes, but is not limited to, relevant market reports, listing information, newsletters, and event info. Consent can be withdrawn at any time by clicking the "unsubscribe" link contained in any email.

Tom Kalinski is a towering pillar of the Boulder Valley real estate community. In his career, Tom has built hundreds of homes, helped clients buy and sell thousands of homes, and his company, RE/MAX of Boulder, has been the top-producing local agency for nearly 40 years, selling a record $1.1 billion in real estate in 2015. More importantly, Tom has been a long-standing champion of the community, including supporting over 20 local nonprofit organizations. When not involved in real estate and the organization, Tom is blessed to have two wonderful son’s, Jay and Neil Kalinski, as well as 2 wonderful grandchildren, Hunter and Anika.

Tom grew up in Madrid Spain, where his father was stationed with the US Air Force. By the time he was in high school, his family had moved to Denver, where he attended Machbeuf High School and went onto the University of Colorado in Boulder, while his family moved back to Europe. After 6 years at the University, Tom went directly into real estate.

In 1977, Tom started his own Real Estate Company in Boulder, which focused on Building and Renovating property in the form of a franchise from REMAX International, called REMAX of Boulder. This company was only the 3rd franchise purchased at that time. In 2012 Tom opened a second office on the Pearl Street Mall. This office has provided an additional presence in Boulder in exciting downtown Boulder.

Tom understands the gravity of the operation of RE/MAX of Boulder. We have full time staff that constantly stay in touch with our agents, bringing them the latest real estate and community information, and assisting them with the latest in technological advances. Tom likes to say that there is more changes going on in the world of real estate in the last 5 years, than there had been in the previous 40 years.

Thank you for your inquiry.